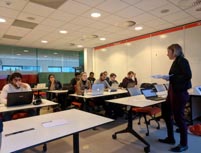 The multiplicity of available ICT technologies is creating new opportunities for local communities to self-organize and take action in response to disastrous events and social unrest. One of the challenges is to process the continuous stream of raw data to produce actionable information, so that a broad range of actors involved can build a relevant, consistent and coherent understanding of a crisis. Thus, the goal is to engage and empower these actors and encourage their community resilience. The COMRADES platform aims at producing such actionable information. However, the proposed tools have to be evaluated in order to find out how what works, and what can be improved.

The Kenyan elections on 8 August 2017 represented a crisis situation in which many actors had to come together, find common ground and decide on the validity of the process. The elections were eventually annulled by the Supreme Court and were held once more on October 2017. Moreover, Ushahidi was active in monitoring the elections in August and had all the data collected during the event.

Knowing the outcomes of the elections and having data collected from the field (courtesy of Ushahidi), the TU Delft team had all the required tools to create an engaging simulation based on the case study.

So, between November and December 2017, we carried out the exercise with 12 students at TU Delft. The simulation lasted for around 11 days and represented also a learning experience for the students as part of the course “Design of Participatory Systems” (see figure 1). The students were first introduced to the COMRADES platform and to the scenario (see figure 2) and then divided in four groups (see figure 3).Through the exercise, we examined the workflows of participants and how their shared situational awareness developed over time in order to take decisions as a group. We also found requirements for resilience platforms and possible future research directions. The students were also able to propose some improvements for the user interface. Some of these suggestions were also promptly implemented in the platform itself (thanks to Ushahidi)! 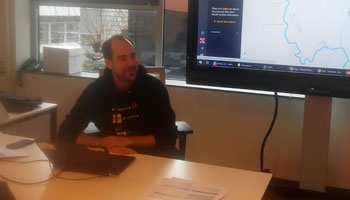 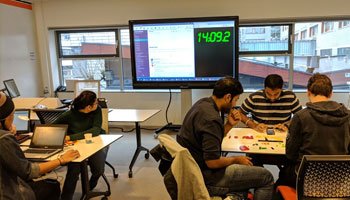